You’re a beginner and all you want to know is when and where to surf.

Damn this stuff gets confusing!

So, what are the best surf conditions for beginners?

It's actually pretty straightforward really, but it can be mega confusing at first...

You see, when you’re first starting out there's so much to learn, with technical swell models, tidal movements, sand banks, wind directions…

That's why in this article I’m going to give you answers to all the most asked questions from beginners searching for the best surf conditions.

Table of Contents
What are the best conditions for surfing?
Wind direction
Ground swell
Peeling waves
Is it better to surf at low or high tide
Tides explained
Good wave height for beginner surfers
Surfing green waves
What time of day is best to surf?
Best weather conditions for surfing
Conclusion

WHAT ARE THE BEST CONDITIONS FOR SURFING?

The best conditions for surfing are as follows:

If you ever get a dreamy day like this, you’ve totally scored!

It’s magical days like this, that make surfing hours and hours of 'slop' worthwhile.

Before we move on though, lets just take a quick second to dive into a couple of the points above so that you know what to look out for.

An offshore wind is when the wind blows from the land to the ocean, and obviously onshore is the opposite.

So, why do offshore winds make for better surf conditions?

An offshore wind makes the face of the wave much cleaner -- by cleaner I mean less bumpy -- which makes it much, much easier to surf.  As the wave face is cleaner it makes trimming across a wave much easier.

Offshore winds also help the waves break in a much more predictable way, making the waves easier to read.

Don’t get me wrong though, onshore surf has its place too, but really, it’s the offshore winds that you want.

Understanding how groundswell works isn’t exactly necessary if you’re just trying to find out the best conditions to surf (so you can skip this part if you like).

However, it is a worthwhile piece of knowledge to learn, and it’ll stand you in good stead in the future.

So what exactly is ground swell?

Ground swell is generated by wind from deep low pressure systems out at sea.

As this wind blows it creates small waves on the surface of the ocean, and over time these small waves merge together to create bigger waves.

The stronger the wind blows and the longer it blows for, the bigger and more powerful the waves will be.

And, as these waves travel further and further away from the centre of the storm they become more and more organised (or well-groomed).

So, when we say in surf lingo that there’s a “deep groundswell coming brah" (brah optional) this is what we’re referencing.

Peeling waves are the opposite of close-outs.

Whereas close-out waves will all break at once, a peeling wave will break in one spot and keep ‘peeling’.

A few famous peeling waves you may have heard of are:

These peeling waves give you big green open faces to hone your skills.

IS IT BETTER TO SURF AT LOW OR HIGH TIDE?

There’s no hard and fast rule as to whether it’s better to surf at low or high tide, as each break has its own unique optimal condition set where it works best.

Some breaks have very specific tidal windows when they break eg. 2 hours after high tide (for a 2 hour window).

Some breaks won’t even be surf able whatsoever until 2 hours before high tide (at which point they’ll magically just turn on).

So it really just depends.

Really, the best way to find out what tide is best for a particular break is to ask a local.  They’ll be able to tell you in an instant.

However, oftentimes (especially at beach breaks) the optimal tides will change depending on the formation of the sand banks.

What worked one day maybe completely different the next.

Over time you’ll begin to recognise the ebs and flows of your local breaks, and soon you’ll have the tides dialled in like a pro.

Tides are the result of the gravitational pull of the moon.

Tides have a sinusoidal ~ pattern between levels of maximum high tides and a minimum low tides every day.

The ocean rises and falls approximately every 6.6 - 7 hours and can have a major impact on surf conditions.

Tides affect surf breaks because at a low tide there is less water over a break and at high tide there is more water. So the depth of the water affects the wave formation.

If a particular wave is closing out on a low tide, it is more likely to be breaking, with a better shape on a high tide. This is because there is more water over the shore at high tide.

Most surf breaks have a preferred tide which they work better on.

Deciding whether it’s better to surf at a low or high tide will depend on a number of factors including the size of the swell and the depth of the water over the break.

Generally speaking the smaller the better -- but not too small that you can’t get moving.

Now, you may already be aware that surfers have a funny way of measuring waves -- what appears to any normal human as a 5ft wave will be called a 3ft wave by most surfers.

It really doesn’t make a lot of sense, but after a while you’ll begin to get used to it.

Below is a rough guide of wave heights to get you down with the lingo next time you’re engaging in surf talk:

Catching a long peeling green wave is the holy grail for any surfer.

Which is why as a beginner you need to take a few small steps before you can tackle the gnarly waves out the back.

After the waves have broken, a surge of fluffy white water is formed.

This white water is the safest place for beginner surfers to begin catching waves so they can perfect their pop up and feel comfortable before moving ‘out the back’ surfing green waves.

And, remember surfing it’s all about less fear and more stoke.

WHAT TIME OF DAY IS BEST TO SURF?

Generally speaking, it's usually best to surf in the morning (the earlier the better).

Throughout the night (as the sun is no longer present) the land cools in temperature.

This cooling of the land in relation to the sea (the sea doesn’t cool down as quickly as land) causes the cool air to be sucked from the land towards the sea.

Which has the neat effect of giving us those dreamy offshore winds we were talking about earlier.

However, as the sun rises and the land slowly starts to warm up, the winds tend to swing onshore (usually mid-morning).

And it’s for this reason that it’s generally best to surf in the early morning.

Thankfully we now have decent wetsuits to keep us warm, so we’re less susceptible to the weather than ever before.

…as much as wetsuit technology has advanced, there’s still nothing better than surfing in a pair of board-shorts or a bikini.  Nothing beats it.

For that reason the best weather conditions for surfing look like this:

That’s about perfect if you ask me.

Choosing the best surf conditions (especially as a beginner) can be a tricky process, however, over time this will all become second nature.

As you tune in your senses to the movements of the ocean, winds and tides you’ll soon be hunting out -- and finding -- the best surf conditions everywhere you go.

Now, enough of this theory…

Take what you’ve learned and go get out there. 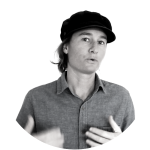 Lauren is the founder and head technical coach of the House of Surf.