There’s a little trick that free-divers have been using for years to help them hold their breath underwater for longer.

What does it do?

It taps into millions of years of evolution, triggering some incredible autonomic responses in the body, effectively transmuting us into deep sea mammals all over again.

Buckle up, because this stuff gets pretty crazy real quick…

WHAT IS THE MAMMALIAN DIVE REFLEX?

The mammalian dive reflex is a physiological, and biological response to immersion in water (especially cold water).

The reflex occurs when submerged in water, and it can even be triggered by just dunking your face in, or even splashing water over it for that matter.

This contact with water triggers the body to switch into underwater mode (often referred to as the Master Switch), preparing the body to conserve oxygen for prolonged periods underwater.

Essentially, the mammalian dive reflex taps into the part of our genes from when we were fish all those years ago, helping us to stay underwater for longer.

And it’s not just something that occurs in humans either.

In fact this same reflex happens to all air breathing vertebrates (a vertebrate is an animal with a backbone/spine).

BABIES AND THE MAMMALIAN DIVE RESPONSE

Have you ever seen a baby just chilling underwater?

Eyes open, smiling, even doing breast stroke whilst they’re at it. 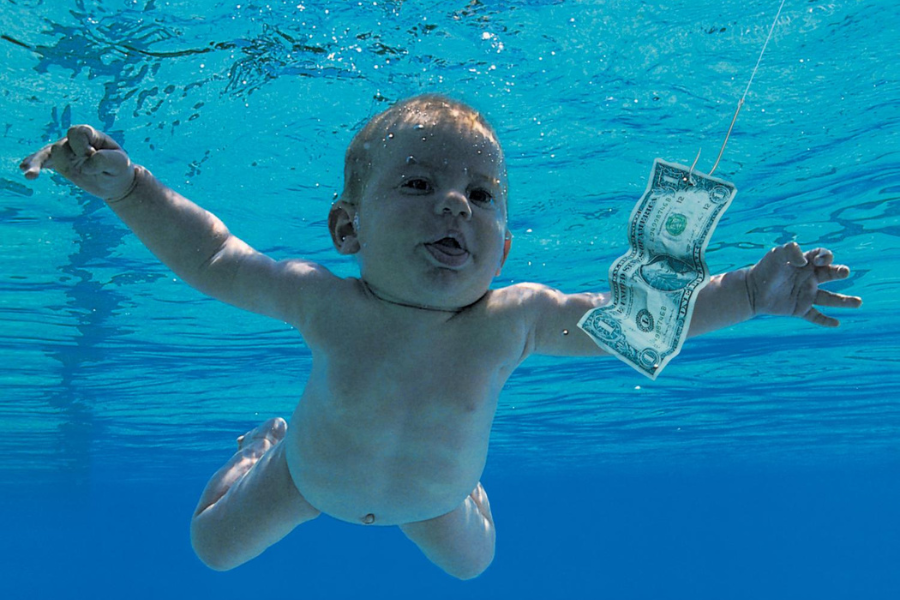 That's the mammalian dive response in action right there.

Furthermore, babies can comfortably hold their breath underwater for longer than most adults, often for 30-40 seconds or more comfortably (strangely this ability is something that’s lost when they begin walking).

They didn’t learn how to do this, it’s just a natural response to immersion in water.

And when you think about it, it kind of makes sense.

As little embryo’s we grow fins before we grow feet.

And we spend our entire time in the womb in fluid that’s 99% the same as sea water too.

In fact, during the first five weeks of conception a fetus will have two heart chambers, just like fish do, and what's crazy is that human blood is 98% identical to sea water as well.

All in all, we’re much more fish-like than you think.

HOW THE BODY IS AFFECTED BY THE MAMMALIAN DIVE RESPONSE

As previously mentioned, some pretty crazy stuff happens to the body during this hard-wired response.

So, what are the changes happening in the body during the diving reflex?

Upon immersion in water the heart rate drops (bradycardia) immediately.

For normal folk like you and me the heart rate will drop by around 10-30%, and for experts - big wave surfers and free divers - a heart rate reduction of up to 50% can occur.

Why is this important?

Helping free divers dive deeper, and surfers stay under for longer too.

Blood flow is redirected away from the extremities of the body - hands, arms, feet, and legs - to preserve energy, and focus the distribution of oxygenated blood to the vital organs like the heart and brain. 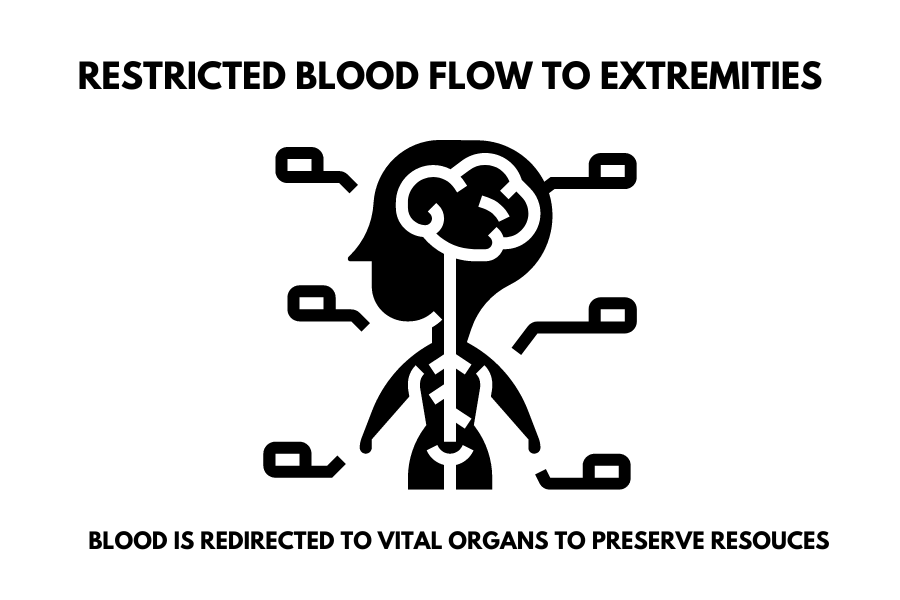 This blood flow response is known scientifically as peripheral vasoconstriction, and it’s basically the narrowing of the blood vessels to reduce blood flow to the areas that need it least.

The deeper you go underwater, the more the atmospheric pressure increases.

In fact, the atmospheric pressure underwater doubles every 10m!

It’s that pressure that causes your ears to pop underwater, and it does some wild things to the body’s anatomy too.

Now, because the blood is redirected away from the extremities like we outlined above, there’s now an abundance of blood circulating the vital organs.

Where does all this excess blood go?

As the atmospheric pressure around the body increases, it puts pressure on the lungs.

And just like a balloon will shrink in size as it’s pulled down to depths underwater, so too will your lungs, and the additional space created due to the smaller lung size will now be occupied by higher volumes of blood.

Pretty neat if you ask me.

Now they used to think that the maximum depth the lungs could handle would be about 100ft, however they’ve since gone on to smash past that threshold diving to depths of 600ft and beyond.

The body truly is amazing right.

HOW TO TRIGGER THE MAMMALIAN DIVE REFLEX

The mammalian dive response is triggered in the following ways:

When the body is fully submerged in water.

When the face is submerged, or even splashed by water.

One thing to note too, is that the reflex is triggered faster - and more emphatically - when all the above exposed to cold water rather than warm.

This cold water exposure has led to some incredible survival stories of people being underwater for upwards of forty minutes and still surviving to tell the tale.

HOW DOES THE MAMMALIAN DIVE REFLEX HELP SURFERS?

I'd love to say that the mammalian dive reflex will help you to stay under water for minutes on end during a wipeout, or when a wave breaks on you, unfortunately though, you have the fight and flight response to overcome on that front first - which is no joke.

However, in dropping the heart rate this reflex is what gives us that really nice sensation we experience when we come in from a surf.

Just one of the many health benefits of surfing.

Even when you have the worst surf ever you always feel better for it afterwards right?

And that's down to our good friend the mammalian dive response.

How does this relate to surfing?

Well we spend half our time in the ocean, so it’s good to know what’s going on in the body when we’re out there.

And in knowing this, it’s no surprise that you feel so damn nice after each surf too.

Built into our genetic makeup, this hard-wired physiological response of the mammalian dive reflex happens to us without even thinking.

Maybe this is why surfers are known for being so laid back?

Regardless, this stuff is mighty interesting and food for thought to say the least.