When your surfing is limited to the whitewater the angle of your board in relation to the wave you're catching is of little concern.

You just hop on your board and paddle as hard as you can, let the wave pick you up, and away you go.

On unbroken waves however, there's a little more to it.

And that's where tail high take-offs come in.

WHAT IS A TAIL HIGH TAKE-OFF?

A tail high take off is the situation whereby you're paddling for a green unbroken wave and you allow the tail of your board to be picked up to match the angle of the wave.

The result is that your surfboard will be pointing downwards as you pop to your feet.

WHY IS THE TAIL HIGH TAKE-OFF IMPORTANT?

The tail high take-off is important for a few reasons: 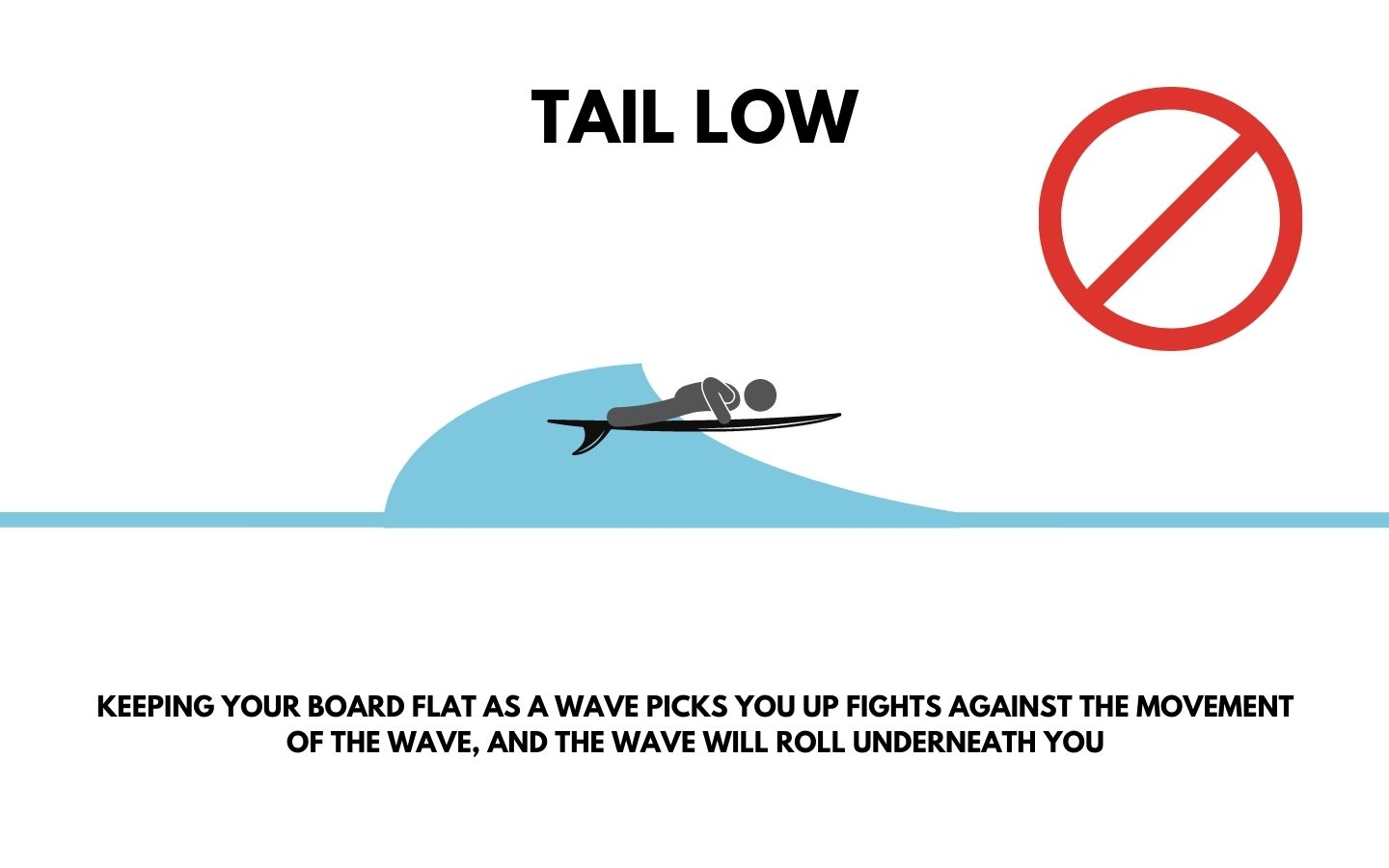 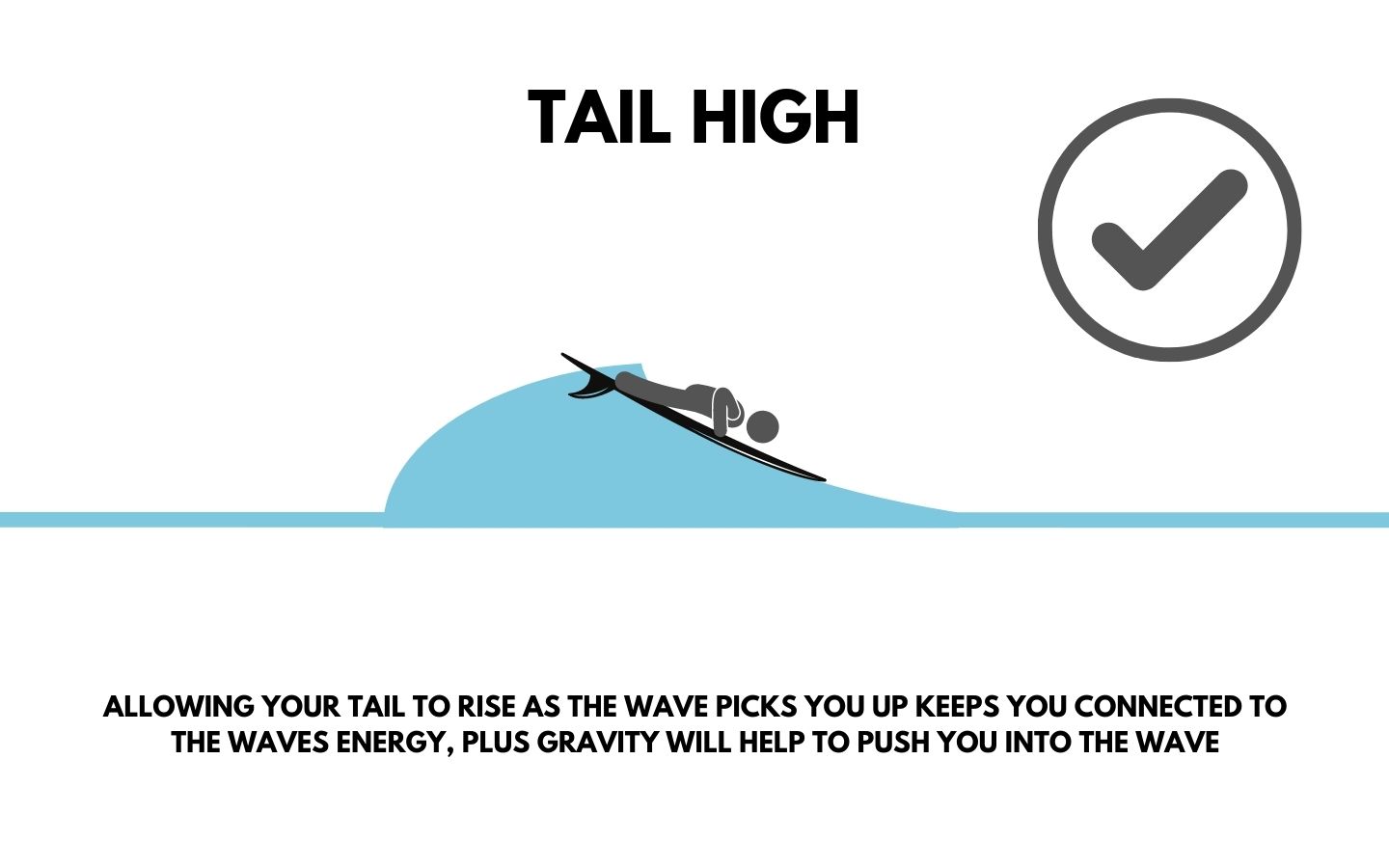 It's very common for surfers new to catching green waves to fight against the sensation of the tail rising as the wave picks them up.

Well, it can be quite intimidating looking down the face of a steep wave as it starts to pitch with your board angled down towards the base of the wave.

The first thought that goes through most peoples heads it - Nosedive incoming!!!

But, this is an urge you have to fight as paradoxically this is exactly the position you want yourself to be in - moulding your body and equipment to the shape and energy of the wave.

It takes a lot of trust, commitment, and a swift pop-up, but this is a technique that once mastered will transform the way you catch waves and ride out of them.

The tail high take-off is one of those little known hacks that oh so often gets missed by beginner surfers. It really is an awesome hack for catching more waves.

In fact if timed right (coupled with the other techniques in this series), it's possible to catch waves with literally no paddling whatsoever.

Yes the tail high take-off is scary at first, and yes your body will likely be fighting against the urge to throw yourself over the ledge of a wave as it's pitching over.

But, it frickin works, and it's a seriously valuable skill to learn - one that will serve you very, very well over the long term.

*NEXT LESSON: THE NEXT STEPS. COMING YOUR WAY SOON*