No Paddle Take-Offs: A Secret Hack To Send Your Wave-Count Through The Roof!

If you want to know how to catch waves without paddling, without even doing a single stroke, then you're in the right place.

You're about to learn a technique known as the 'No Paddle Take-Off' or 'Pop & Cork Method' that advanced surfers use not only conserve a tonne of energy, but to catch WAY more waves too.

This is a potent technique that'll:

Just to name a few.

Sound interesting to you?

Keep reading to find out more...

WHAT IS THE NO PADDLE TAKE-OFF?

The no paddle take-off, aka the ‘Pop & Cork Method’ is a technique used by advanced surfers to catch waves with little to no paddling required.

The technique involves forcing the buoyancy of your surfboard underwater, then releasing it just as the wave is about to hit you.

As the buoyancy is released it creates an acceleration (similar to that of paddling), allowing you to go from stationary, to full speed, in a split second.

Time for an analogy:

Imagine you were holding a football underwater.

The further you push the ball down, the more energy it will have once it's released and rushes back to the surface.

We kind of copy this same process with our surfboards.

Forcing the buoyancy underwater, and releasing it just as the wave is about to pick you up.

WHY IS THE NO PADDLE TAKE-OFF IMPORTANT?

The no paddle take-off or Pop & Cork method are more important to surfers than you might think.

It’s not just some fancy technique surfers use to show off, or because they’re lazy, it’s incredibly functional too.

In fact, used correctly, it can double - if not triple - the amount of waves you can catch. 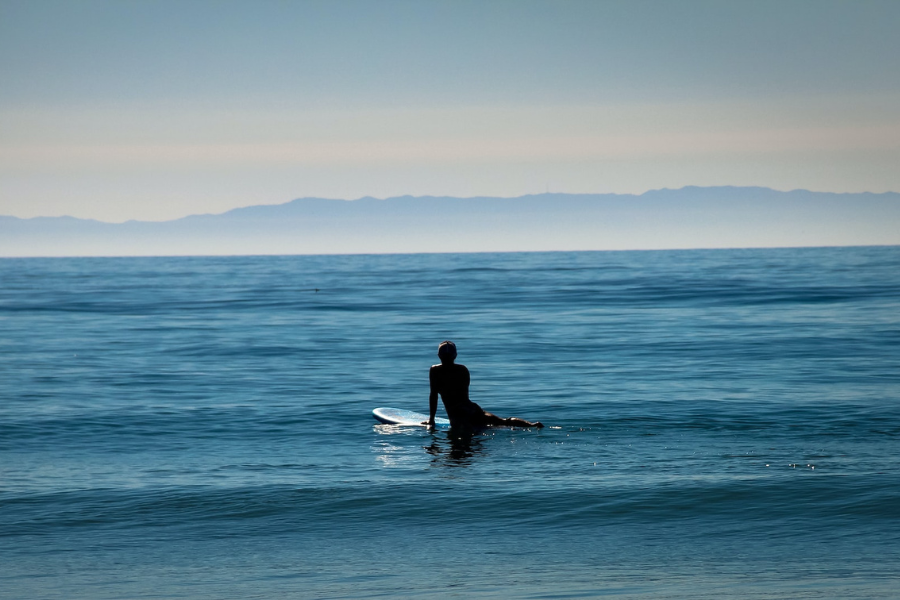 Positioning is one of the most important parts of taking-off and successfully surfing unbroken waves.

Position yourself in the right spot and everything is easy.

Put yourself in the wrong position however, and all of that changes.

But how does this Pop & Cork method change that?

Because this technique enables you to go from stationary to full speed in a split second, you no longer need the same runway distance to take off on a wave.

This has some pretty profound effects for us in the surf.

With this technique in hand you can now make positional adjustments - paddling out, sideways etc. - to get yourself in the right spot for take off, yet still have the time to turn, and go from stationary to full speed to catch the wave.

This is like a super power in surfing, increasing not only the number of waves you catch, but your success & make-rates too. 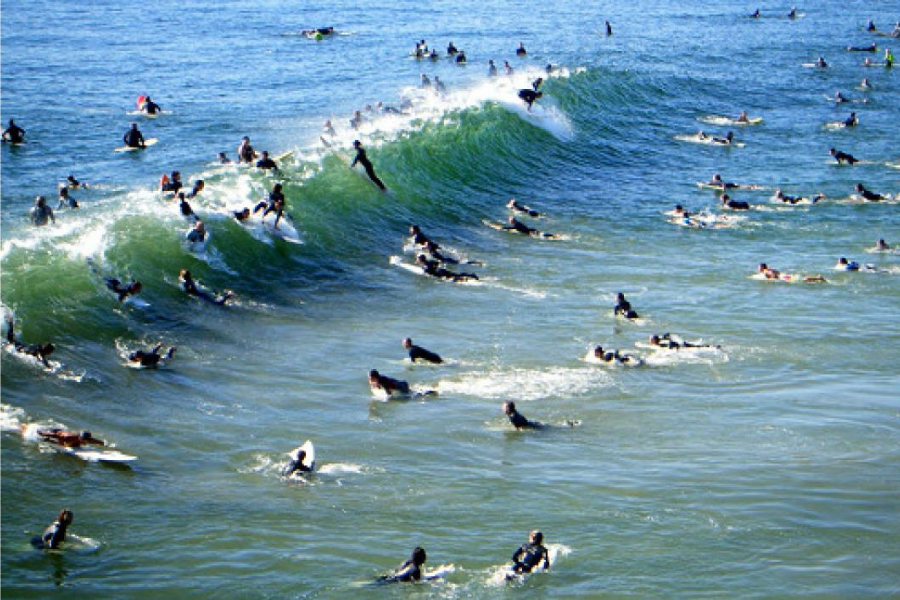 As the more runway you need to paddle and get up to speed, the less waves you’ll catch.

A fighter jet is able to take-off on the back of a ship (Top Gun style), yet a passenger aircraft requires 3km+ to get up to speed.

Using the Pop & Cork method you’re just like the fighter jet, able to pop onto waves with little to no run-up required, allowing you to turn on waves quickly when needed - increasing your wave count as a result. 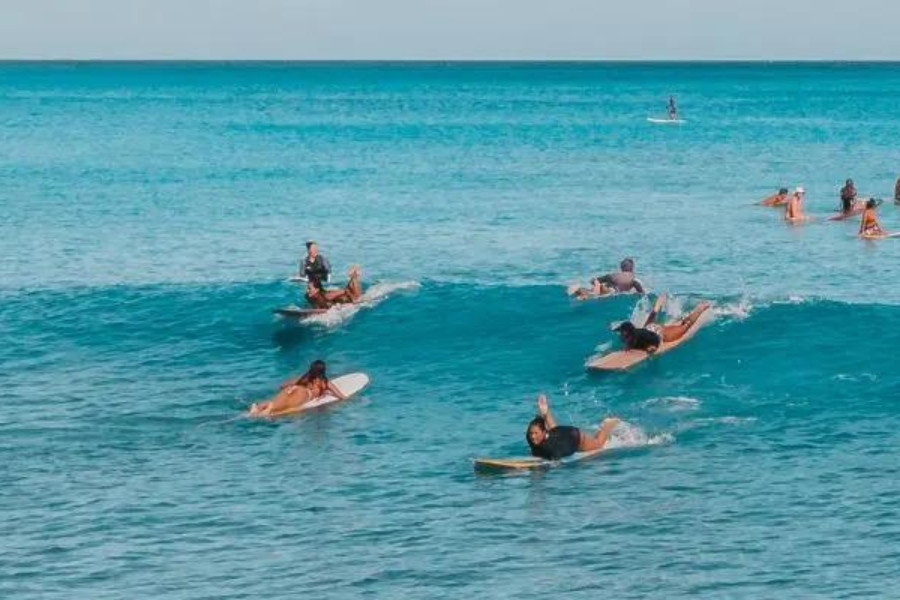 Have you ever experienced someone paddling for a wave that you thought they’d catch, but they didn’t?

Or have you ever seen someone take off on a wave that you’re in position for, only to kook it and fall off?

Both of which could have been your waves, but you didn’t have enough time to turn and paddle last minute to catch it.

The Pop & Cork technique solves all that.

Advanced surfers will sit (with their board in the corked position) waiting for such events to transpire, ready to simply release and pop on to the wave last minute.

This really is the ultimate scavenger hack in crowded lineups. 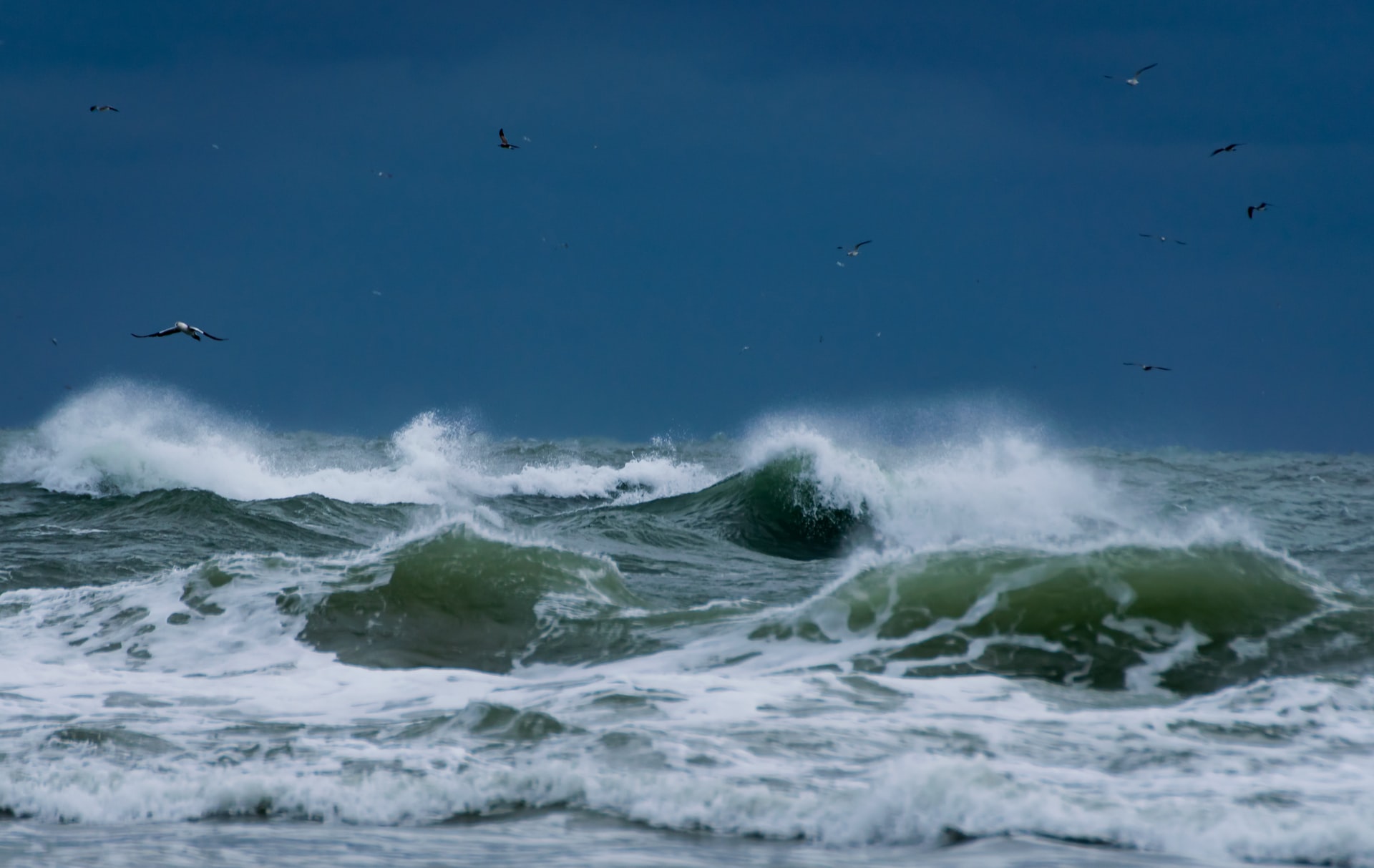 Gone are the clear, defined take-off spots, and in with the chaos of waves breaking here, there, and everywhere.

In onshore conditions like this waves will be closely packed together (small swell period), and they’ll often jack up and break quickly without notice.

This means you don’t have a lot of time to prepare, hence why so many beginner surfers struggle - or avoid entirely - surfing onshore waves.

Get the no paddle technique dialled however, and onshore waves become a playground of ramps, sections, an excitement there for the taking.

BREAKING IT DOWN: HOW TO CATCH WAVES WITHOUT PADDLING

The Pop & Cork method is an advanced technique - one that'll undoubtably take a little time to master - but it's just so damn effective that it's really important for you to start introducing it into your surfing.

Lets take a closer look at how it's done:

The no paddle take-off is a game changer of a technique.

Sure, it'll take time to master and get it right, but the payoffs are huge so it's well worth the investment.

I hope it helps you as much as it has me.