Nosediving: 7 Counterintuitive Techniques To Eradicate Nosediving From Your Surfing!

It happens to the best of us (some more than others), and it's a bug-bare for beginner surfers around the world.

The nosedive (aka pearling).

The most common cause for wipeout’s by far!

But it doesn’t have to be that way, well not if you know a few sneaky techniques to avoid them that is.

We've got a lot to get through, so let's go!

WHAT IS A NOSEDIVE ON A SURFBOARD?

Nosediving on a surfboard is when the nose (the front) of your surfboard digs into the wave causing you to wipeout.

Nosediving, or pearling as it’s also known, is a common issue for beginner surfers which can lead to some very bad habits (the downward spiral of doom) as compensation techniques as a result.

WHY DO I NOSEDIVE ALL THE TIME?

Nosediving happens for a variety of reasons.

Let's go into each in a little more detail on why below:

Probably the most common of the lot is where a surfer is positioned too far forward on their board when paddling for a wave.

All this excess weight at the front of the board causes the nose of the board to dig into the waves face as it picks you up. 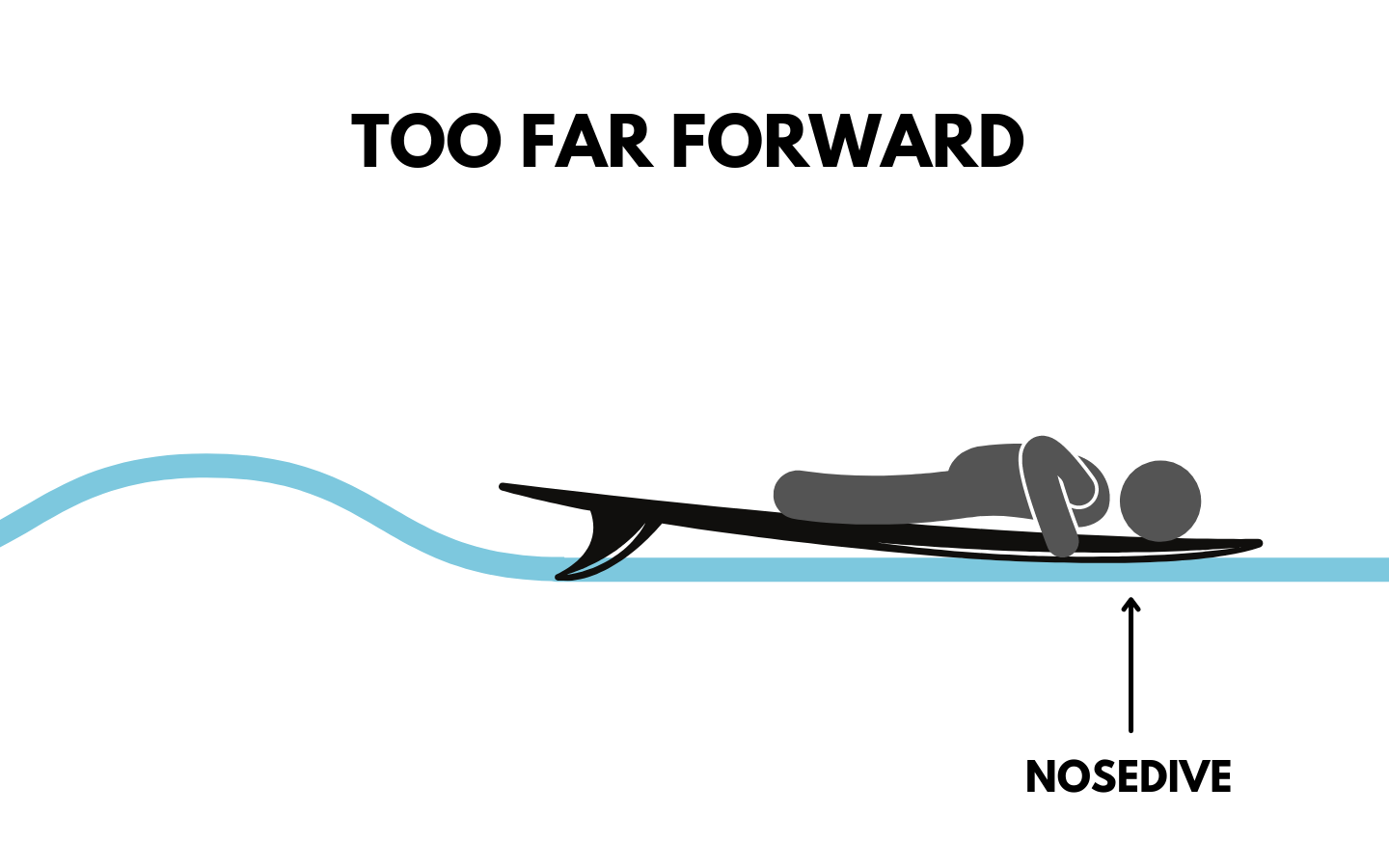 The tendency when this occurs is to compensate by leaning your weight much further back on the board, however, as you’ll see later in this post, this isn’t always the answer…

The earlier you can enter into a wave the more gradual the incline, likewise the later you enter a wave the steeper the incline will be. 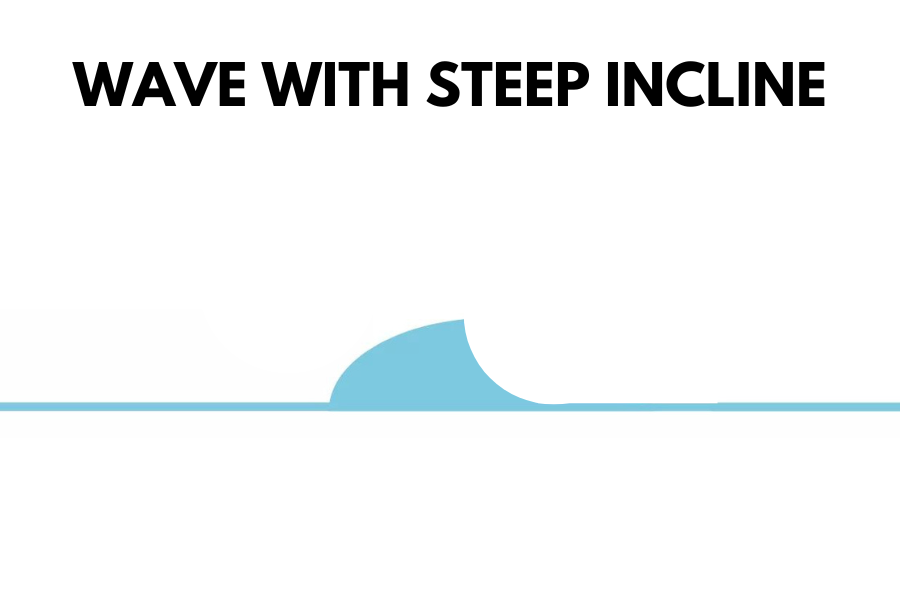 Certain waves go from ground swell to pitching wave virtually instantly, and it's these waves that are the culprit for a LOT of nosedives. 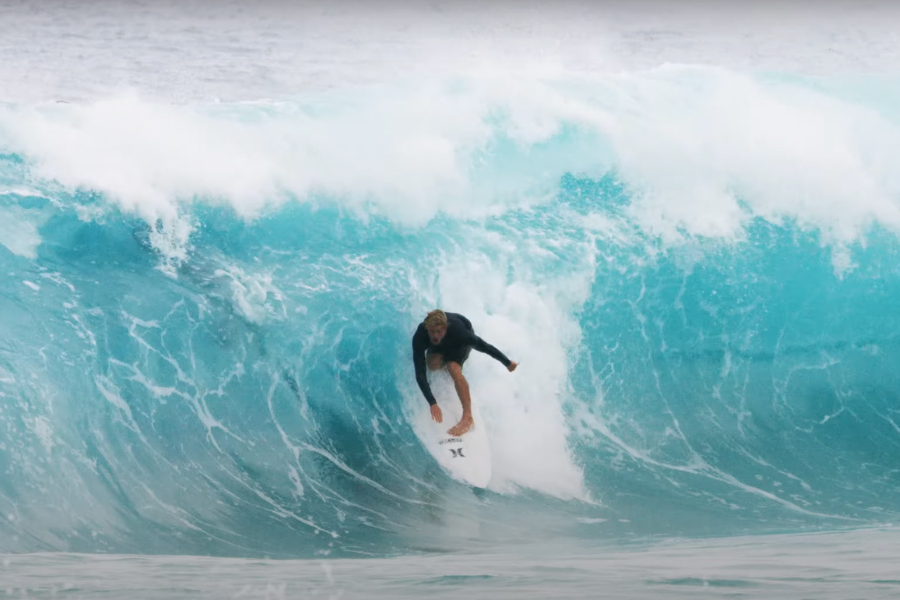 If you're an advanced surfer, sucky waves needn't cause you too much of an issue, but for a beginner they can be a nightmare.

THE DOWNWARD SPIRAL OF DOOM

Ok, so before you ask, the way to avoid nose diving is NOT to move way further back on your surfboard, and here’s why. 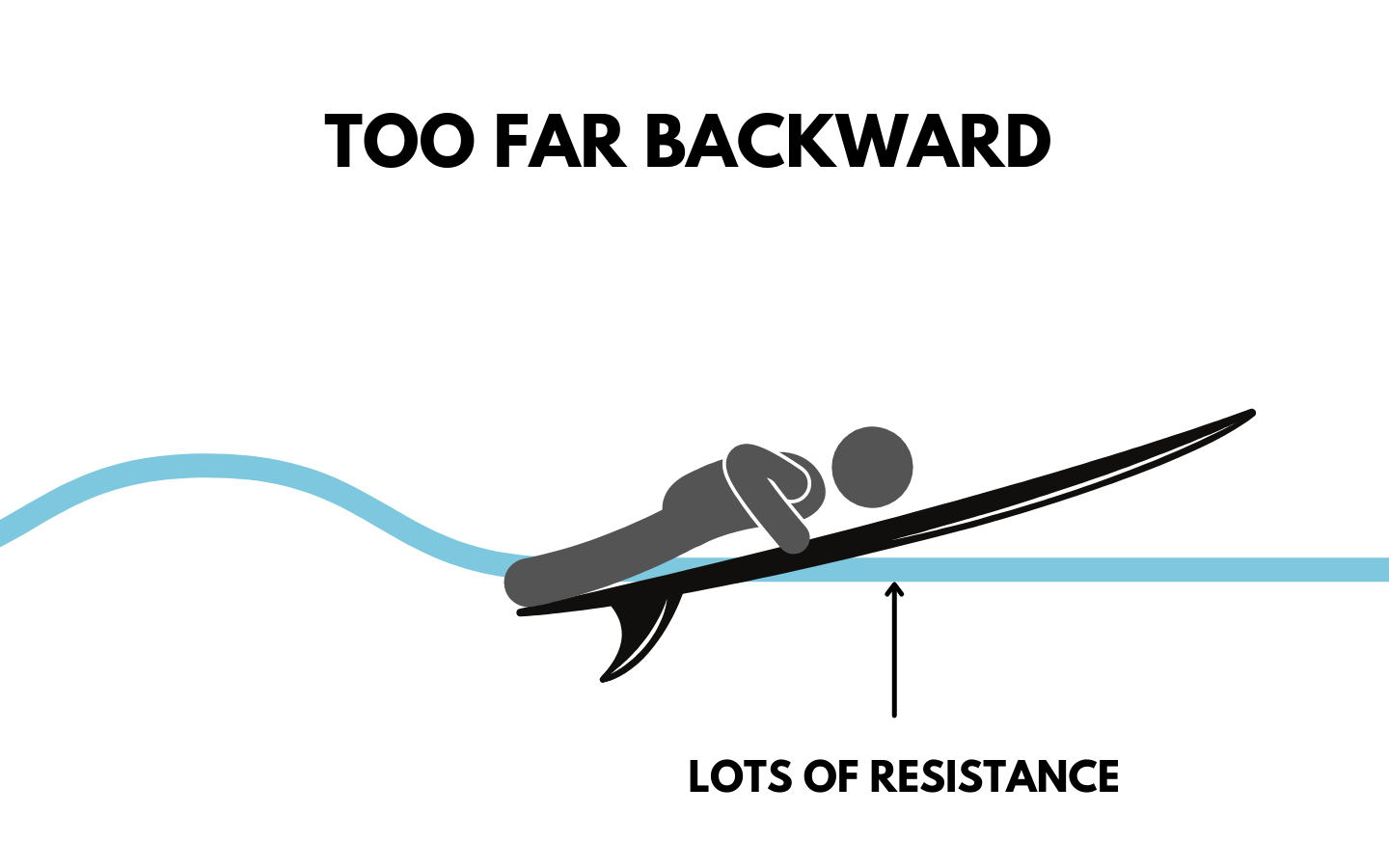 Welcome to the downward spiral of doom…

So, you move further back on your board and you think that’s it, problem solved.

When you move too far back on your surfboard here’s what happens:

Reduced Paddle Speed: When you move too far back on your surfboard you create lots of drag, which in turn slows you down when you paddle.

Move Closer To Shore: Now that catching waves is much harder you move closer to shore.

Waves Get Steep: The further towards the shore you move, the steeper the waves become.

The answer to not nosediving counterintuitively lies elsewhere…

Ok, we mentioned earlier how simply moving way back on your board isn’t the answer, instead we need to find the sweet spot, the spot where you’re not too far forward or too far back. 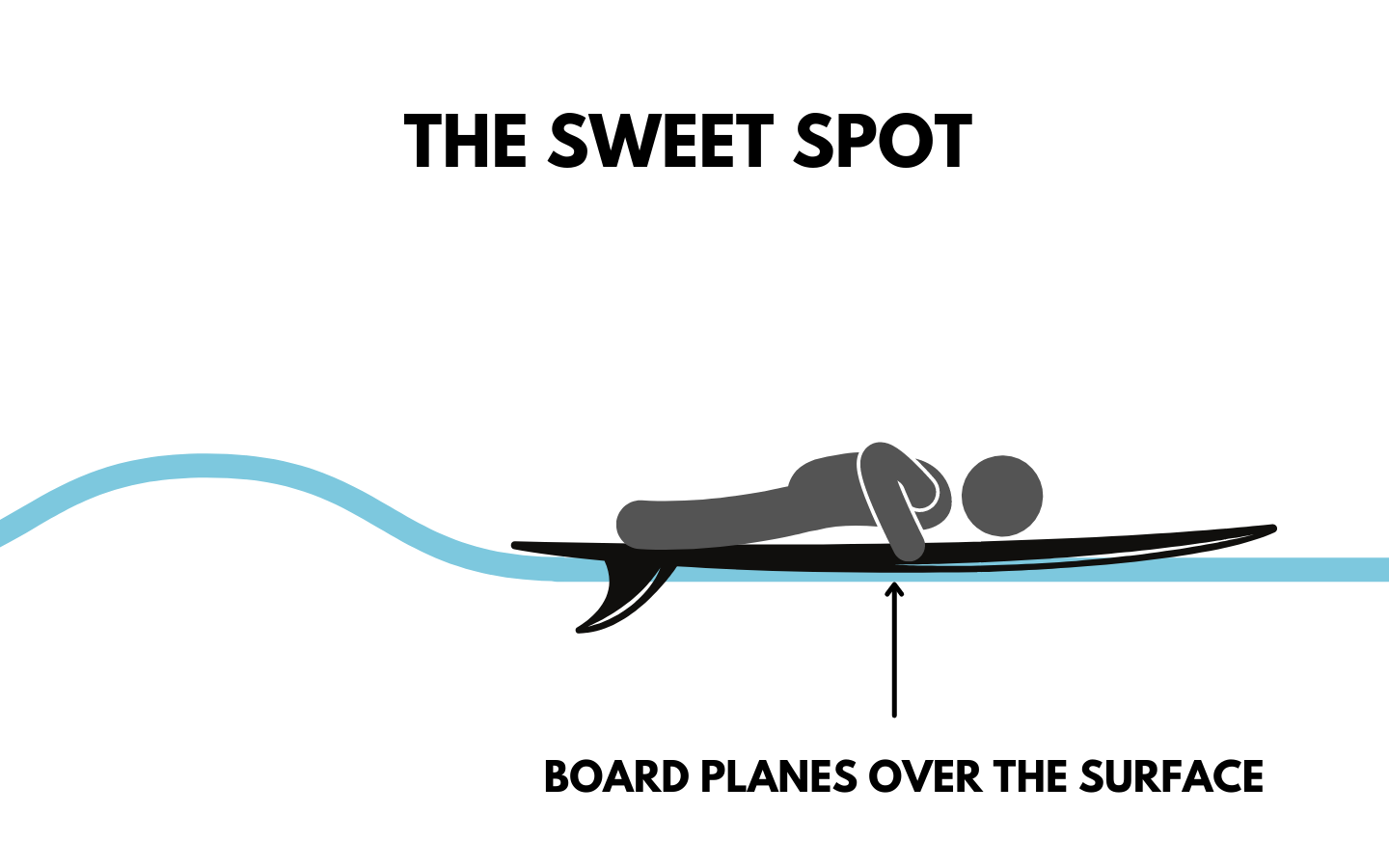 That perfect spot where your board is able to plane over the surface of the water with minimal resistance.

If you arch your back when you’re paddling (which you should) you’ll notice that the sweet spot as mentioned above shifts a little further up the board.

This is a good thing.

With your back arched, and the ability to lie a little further up the board you have the benefit of a couple of things.

You carry a lot of weight in your shoulders and head which can be pushed forward when a wave picks you up, this helps you to catch wave earlier.

Catching waves earlier you avoid those nasty late drops, helping you to stop nosediving as a result.

With chin down, naturally the tail of your board will rise with the wave as it picks you up, and this is a very good thing. 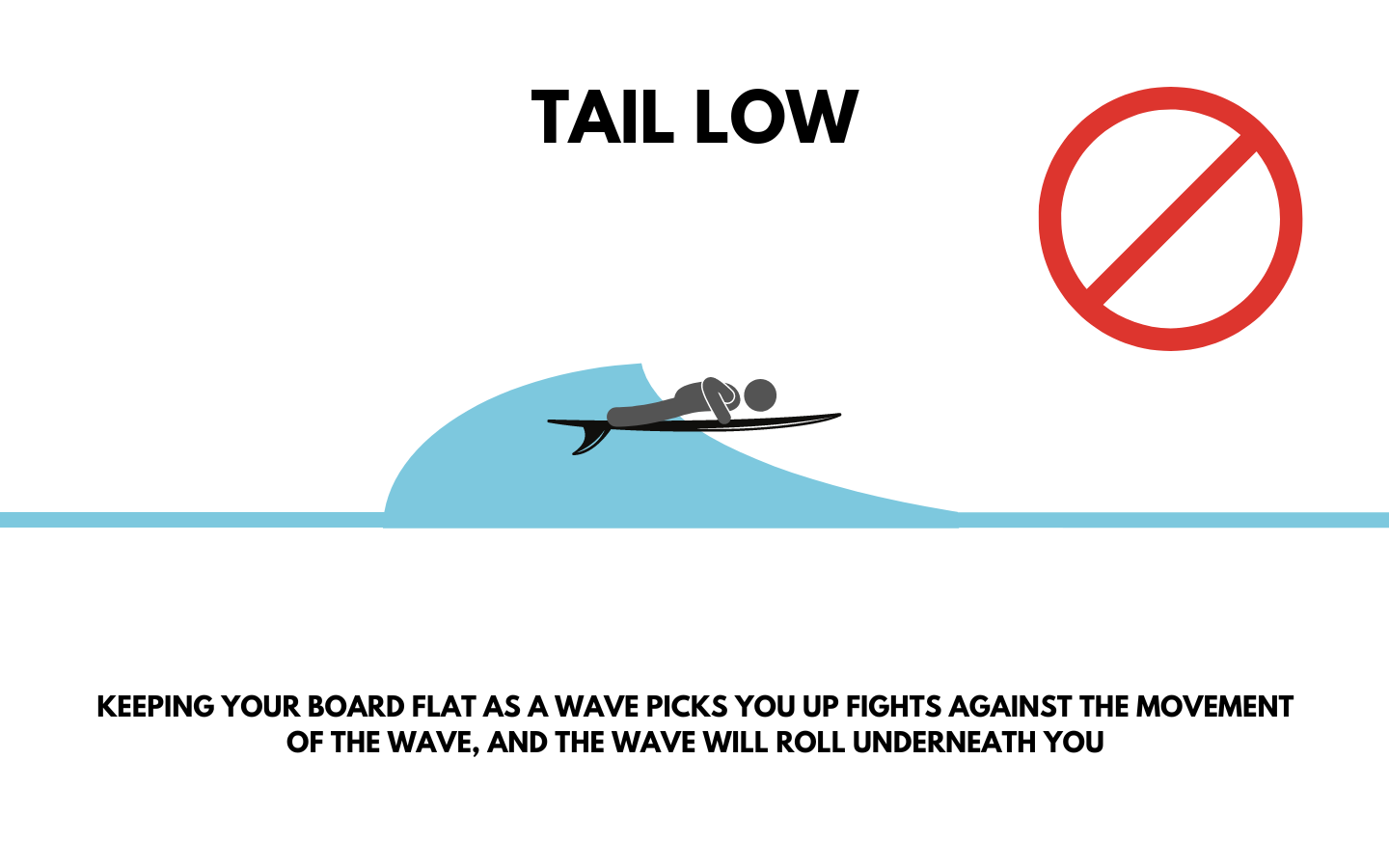 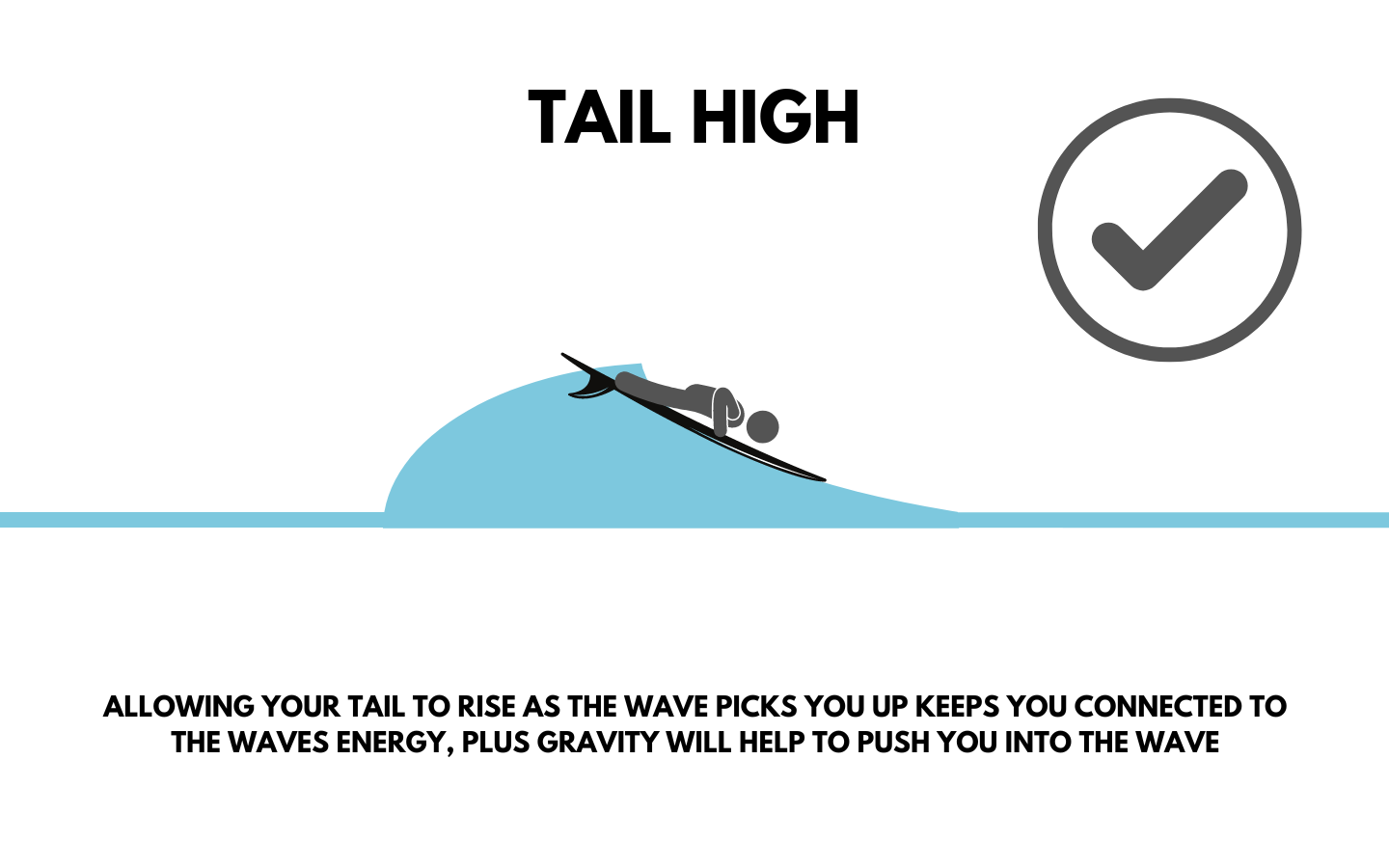 As the tail rises with the wave, gravity is on your side which helps to connect you and your board to the wave and help you to catch it way earlier - making everything easier as a result.

Everyone can paddle to a degree, granted.

However there’s a big difference to being a good paddler and everything else.

Practice makes perfect, and although paddling has nothing to do with surfing itself, if you perfect the art it’ll work wonders for the rest of your surfing across the board.

We see it all the time in our surf school, students catch a wave, look down it and freak out, then ride down it on their bellies thinking it's the safest thing to do.

Quite the opposite in fact.

And as you’d expect, going down the wave’s face on your belly is a great way to nosedive that’s for sure.

So, from here on in commit to popping up at the top of the wave and riding down it on your feet.

It’s much easier (I promise), much safer, and you’re way, way more in control.

6. CUT OFF THE ANGLE

The steepest way down a wave is to go straight, right?

So, naturally, the way to reduce the steepness is to cut off the angle and go across it instead. 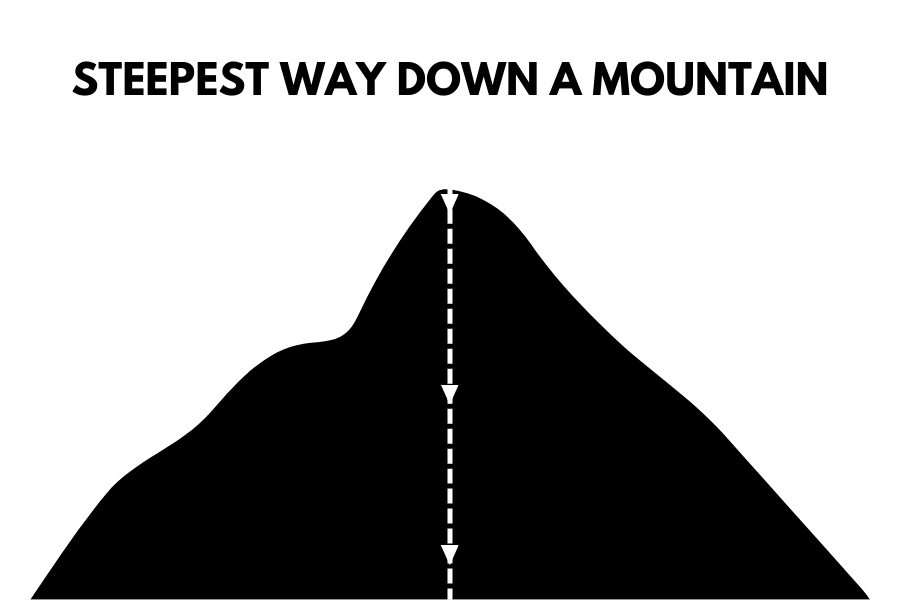 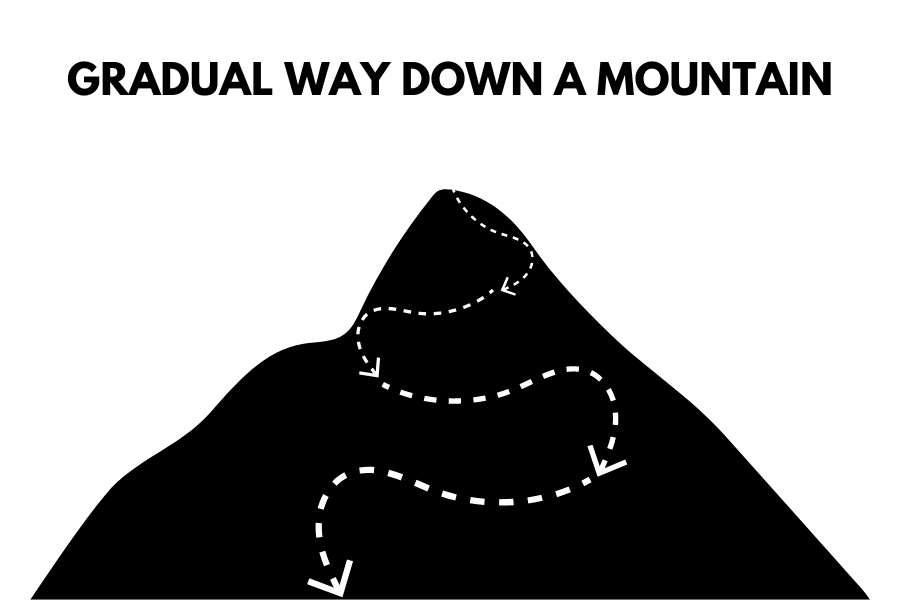 Just like a skier goes down a mountain from side to side to cut off the angle, surfers can do this too by angling their surfboards when taking off.

It's called an angled takeoff and it's something worth knowing for sure.

A lot of nosedives happen because people fail to commit.

They see the steep wave, freeze, and do the exact opposite of what’s needed.

Sure, looking down a wave can be scary at times, but you’ve got to find a way to fight that instinct and embrace it.

Only when you fully embrace it and commit, will you give yourself the best chance of not nosediving.

Avoiding nosediving entirely is almost impossible, I mean even the pro’s do it from time to time.

But, what you’ve learned here will severely reduce the likelihood of it happening to you.