If so, you’re in the right place.

There’s a lot to get through, so let's go.

WHAT CAUSES SQUARE WAVES IN THE OCEAN

Square waves (also referred to as cross sea, or squared sea) are a rare ocean phenomenon caused by two ocean swells colliding perpendicular to one another.

These waves are often formed at peninsular's of land where two different seas or oceans meet.

As the two opposing swells collide they interact with one another colliding at right angles, resulting in the square waves visible from land. 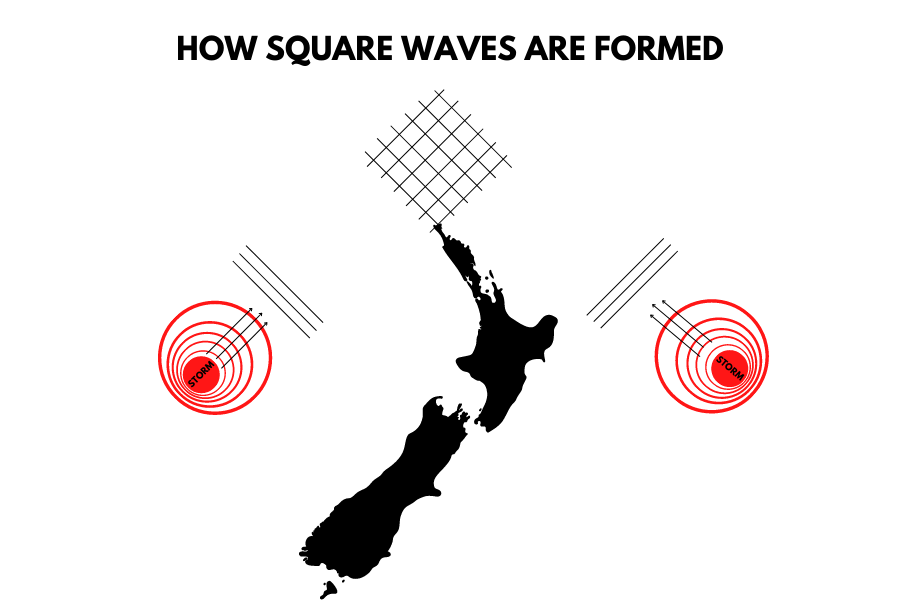 WHAT DOES IT MEAN WHEN YOU SEE SQUARE WAVES

It means that two swells are colliding at 90° to one another.

From afar, square waves are no cause for alarm and can be enjoyed for the natural phenomenon that they are. 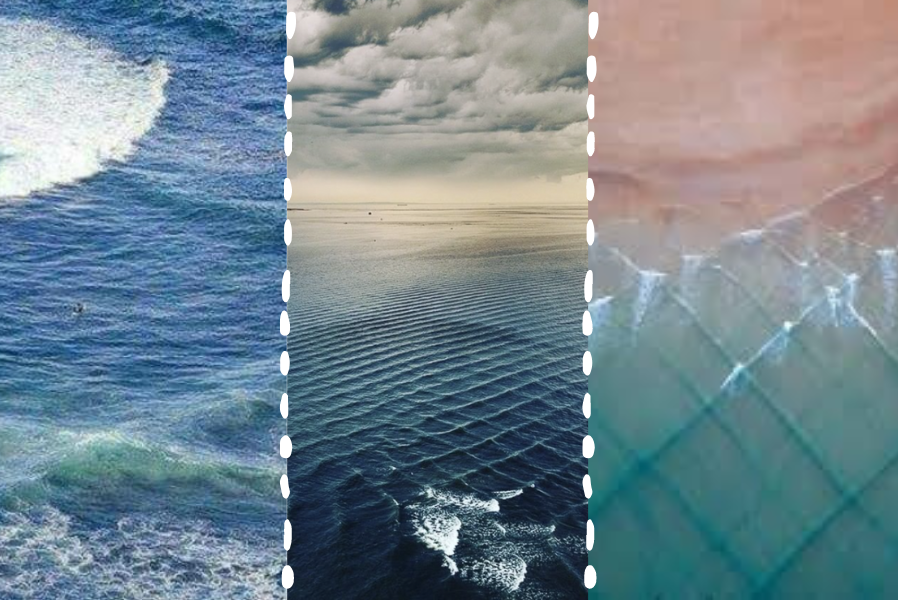 Getting caught swimming, surfing or sailing in square waves however is a different story altogether.

More on that though in a minute.

Although rare, and only made possible in certain unique conditions, they absolutely are real.

In fact square waves in the ocean have caused numerous shipping accidents over the years, and are a real danger to swimmers and surfers too.

If you’re fortunate enough to see one first hand, lucky you, enjoy it.

Just don't grab your board and hop in, as they're more dangerous than you might think.

Yes, square waves can be very dangerous and here’s why:

Square waves are the result of two ocean swells colliding perpendicular to one another, and this cross sea wave collision results in powerful rip currents, and incredibly unpredictable waves - making them extremely dangerous.

Countless ships and lives have been lost to squared sea waves, so they’re not something to take lightly.

Even though on the surface cross sea waves may appear harmless, underneath the surface a turbulent battle is taking place underwater that should not be messed with under any circumstances.

Squared waves should be avoided recreationally at all costs.

WHAT HAPPENS IF YOU SWIM IN SQUARE WAVES?

If you’re swimming, and you notice yourself in a cross sea wave situation, get out of the water immediately.

The cross waves on the surface may not be too hazardous to contend with, but the current underwater can be treacherous.

So if you find yourself in a situation like this take action to get to shore immediately.

WHERE ARE SQUARE WAVES FOUND?

Square waves are usually found at peninsular's of land where two oceans meet. With swells coming from different angles and often refracting around the peninsular, this is where square waves can be found.

Examples of where square waves have been found:

Isle of Ré, France - This island off the coast of La Rochelle in France is probably the most famous location for spotting crossed sea waves.

Cape Reinga, New Zealand - Located at the very Northern tip of New Zealand where the Tasman Sea and the Pacific Ocean collide.

Ok, so there’s a big difference between square waves and a wedge (a wave that has rebounded off a headland, or a man made rock jetty).

Square waves are the result of two ocean swells colliding - hence all the turbulent water that movies underneath.

Wedge waves on the other hand are formed from a single ocean swell instead making them much safer and less turbulent as a result. 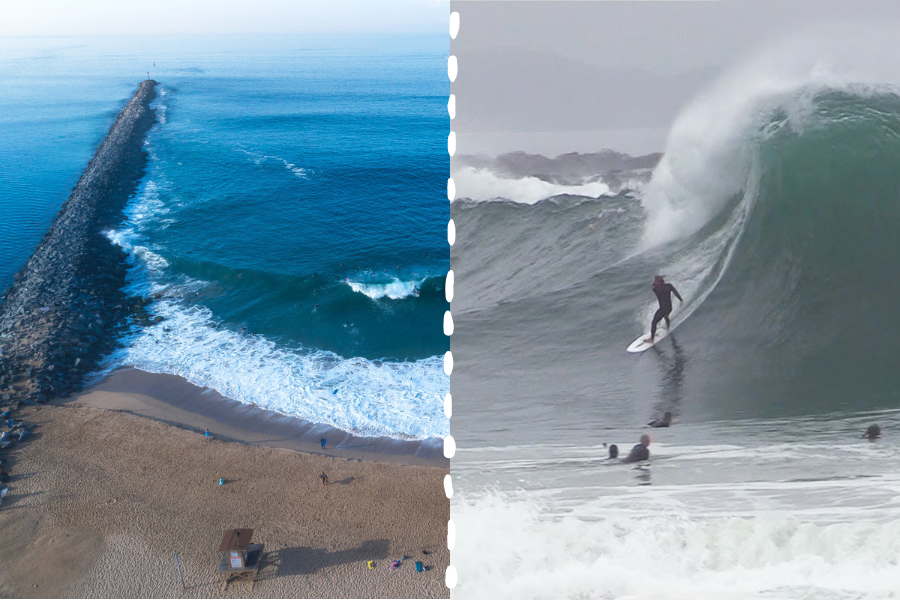 HOW SURFERS USE THE TERM SQUARE WAVES

Surfers often use the term ‘square’ when describing waves differently to the scientific term we’ve been referring to up until this point.

They’ll use the surf slang term ‘Square’ to describe waves that are incredibly thick, where the lip of the barrelling wave projects out in a horizontal direction.

Here’s a couple of examples of waves that surfers might refer to as square: 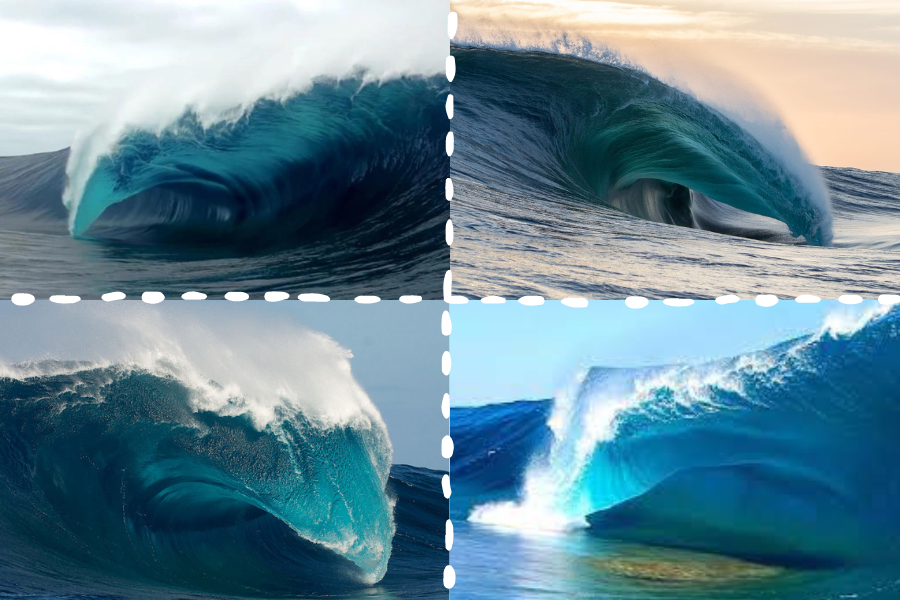 Square waves are a rare phenomenon that occur when two ocean swells collide.

They’re mesmerising to look at, and a sight to behold, but they’re dangerous for surfers, swimmers, and boats alike - so just enjoy them at a distance.

If you ever get to witness square waves first-hand, savour it and soak it up, as they’re incredibly rare.

How To Wax A Surfboard: Tips & Tricks For The Perfect Wax Job!

How To Wax A Surfboard: Tips & Tricks For The Perfect Wax Job!