THE NOT-SO COMMON KNOWLEDGE OF WHY WAVES BREAK…

It’s something that most of us just take for granted, yet know very little about, right?

Not for much longer though…

In this article you’re about to find out the not so intuitive reasons why waves break, plus why they vary so much from place to place.

Get your nerd hat on, in the next two minutes all will be revealed 👇

HOW ARE WAVES FORMED?

Waves are formed by wind - with air pressure playing a small role too.

As the wind moves over the ocean’s surface some of that energy is transferred to the water creating ripples on the water’s surface.

Over time as the wind continues to blow these ripples form together to create waves.

And the longer and harder the wind blows, the bigger and more powerful the waves will be.

Unbroken waves out to sea are referred to as swell.

This might surprise you at first, but the water in a swell doesn’t actually move.

As the energy of the swell moves through the ocean it interferes with the water creating the visual crests and troughs that make up the wave.

But the water itself isn’t actually moving, instead it’s the energy of the wave moving through the water that you can see.

An easy way to visualise this is to imagine creating a wave with a rope - much like a science experiment in school.

The energy travels through the rope - causing the rope to move up and down - but the rope itself doesn’t move forward at all.

The same holds true for waves in the ocean too, until it hits the shore that is (more on that in a moment).

WHEN WAVES HIT THE SHORE

Those waves that have travelled for thousands of miles uninterrupted through the ocean eventually break when they hit the shore, but why is that?

Here’s how it works:

As the waves get closer to shore and the water becomes shallower, something happens.

The ocean floor begins to add friction to the energy of the wave moving forward, and this causes the trough of the wave to slow down in comparison to the waves crest. 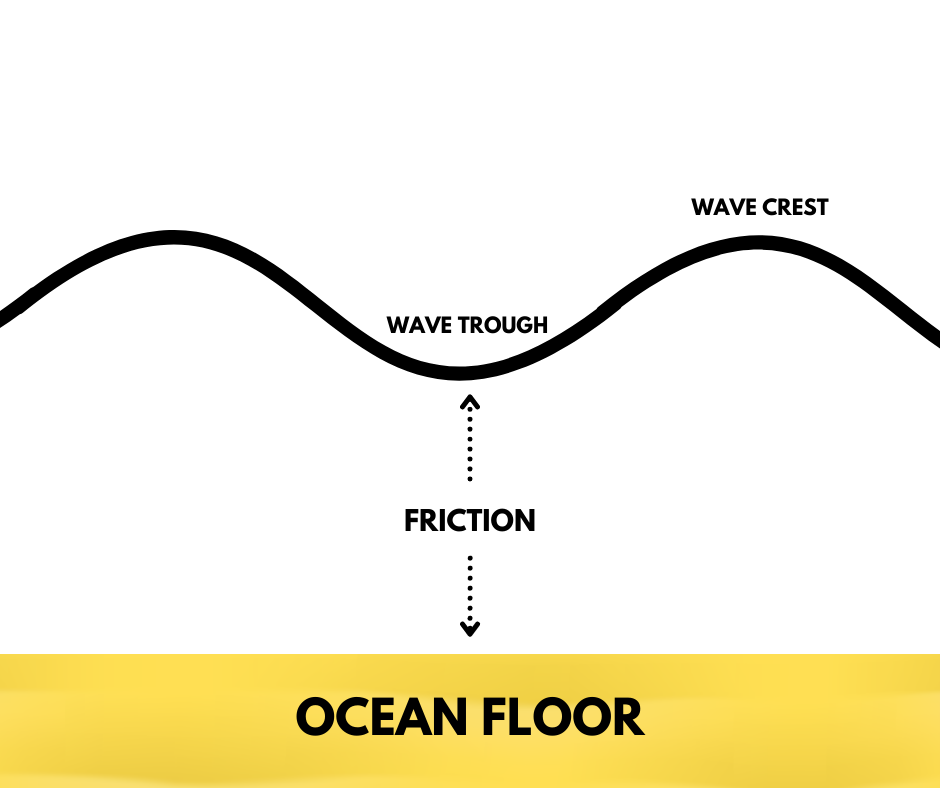 This is what makes swell - that in open ocean would be almost invisible - turn into lines of waves as they approach the shore.

At this point though they are still just energy moving through the ocean - just like the rope analogy above.

THE FRICTION GETS TOO MUCH TO HANDLE...

At a point, when the depth of the water becomes roughly 1.3 times the size of the wave the disparity between the speed of the trough of the wave and its crest becomes too much - a tipping point if you will.

Forcing the wave to break.

The way that waves break in say Teahupoʻo vary greatly from the waves in Raglan for example.

But why is that?

It all has to do with the topography of the ocean floor.

At Teahupoʻo, the wave goes from crazy deep water to shallow reef almost instantly. With little to no friction build up the full force of the waves energy is unloaded in one go - creating huge, thick, powerful barrelling waves. 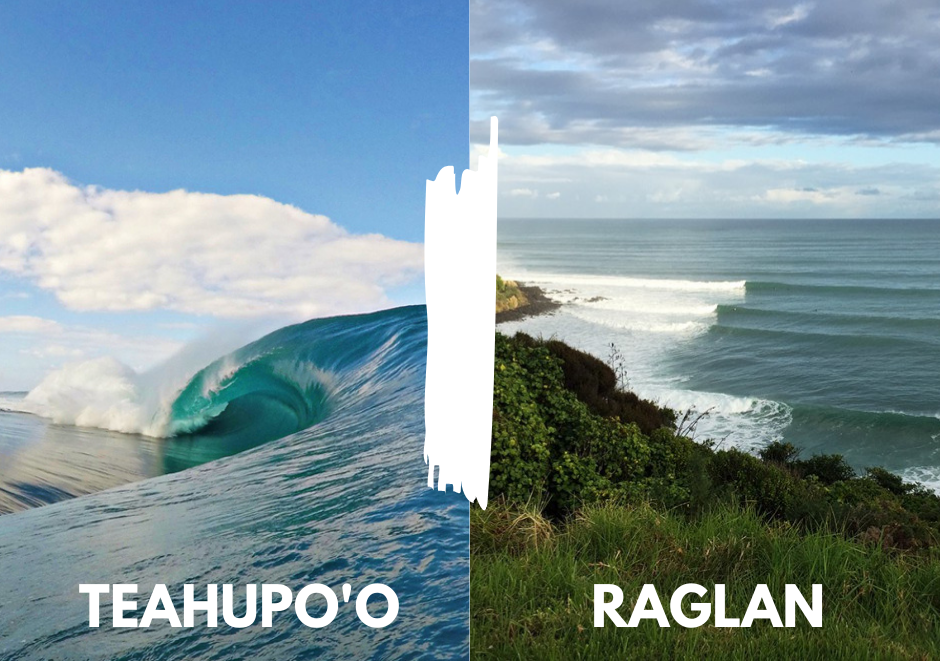 Raglan on the other hand has a  shallow continental shelf that stretches far out to sea.

This causes the waves to slow down as they move towards the shore, and the slow transition from deep water to shallow results in the much softer breaking waves experienced there.

Well there you have it, you now know why waves break.

It still melts my head that the energy of waves travelling for thousands of miles are only fully realised when they finally hit the shore.

And I think this has something to do with what makes surfing so special.

At the very moment when a wave ends its journey we are there, ready to ride and celebrate it.

Pretty cool if you ask me.